John Palmes is a Juneau, Alaska folk musician who plays a mix of traditional folk music and songs he makes up from everyday experience. “I’d rather sing with people than for people. Lately, I’ve been concentrating on songs that we can sing together.”

“I am a singer. Singing is the most powerful way to communicate. It makes you want to dance, it gets you at a very basic emotional level and it has an intellectual part too. I use my instruments, guitar, fiddle and mouthbow, to support my voice. I want to use my voice to say important things and to support other voices.”

“I am a folk singer: My songwriting is something that happens as I think about the things around me. I write songs when I’m walking, driving or running my fishing boat. I sing along with the engine and add the thoughts that are going through my head. Otherwise, I collect and sing folk songs both ancient and modern that help me say what I feel about the world and other people.”

John is known for his innovative playing of the mouthbow, the world’s first stringed instrument (Mouthbow Music from John Palmes : NPR). His album, Mouthbow:Small Voices was featured on National Public Radio. John’s songwriting and his song “The Ballad of Ramblin’ Jack Pachelbel” was featured on All Things Considered in the “What’s in a Song?” series (An Everyman Ode to Pachelbel's Canon : NPR)

John performs regularly at the Northwest Folklife Festival, the Alaska Folk Festival in Juneau, and the Fisher Poet’s Gathering in Astoria, Oregon, and is the musical director of the Tlingit Gospel Singers, singing traditional hymns in the Tlingit language. In 2003 and 2005 he played at the Australia National Folk Festival, and in 2007 John played at the Cygnet, and Georgetown Folk Festivals in Tasmania. He has been on the board of the National Jew’s Harp Festival held in Bay City Oregon.

“ I am an entertainer, but I want to reach my audience in a more fundamental way. I want them to be different people when the set’s over, with new ideas and new ways of using music in their own lives.”

We Don't Sing No Kumbaya No More

Everything on this site is free because I want you to use the songs and the instructional material and I don't want money to get in the way.

Music for sale is at:

If you want to use something commercially, please contact me. 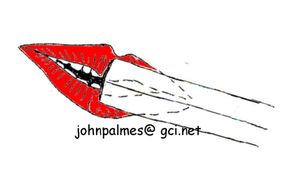